Holmvik Brygge & Discover Vesterålen is a certificated eco lighthouse company.
We take this certification very seriously and it is the basic idea of all the products we offer.

Throughout all
activities and duties see that you try to
…save energy
…save resources like paper, water, plastic ..etc
…see if we can improve anything and report it
…use the least chemicals as possible
…plan your work and organize your working area that we need not to go to an “emergency” shopping run

If you have any suggestions to improve the handling of food, chemical products, electricity or other resource management, report it to the CEO or use the form 1949/1950 "Risico og sårbarhets vudering" , or 1963 "How can Holmvik Brygge become even more
enviromatally friendly." You will find the forms in the office under the printer. Copy a form, fill it out and put it above the printer on the perm : “incoming"

Introduction to Holmvik Brygge
Holmvik Brygge's building was used as a fish factory in older times, the first floor (currently the restaurant) was where salted fish, the second floor (now kitchen) was designated to caviar production.The machines in and around Holmvik Brygge are for canning caviar, but they were never used. The upper floor (now rooms) wooden boxes were produced
for fish transport purpose. Holmvik was not the builder or owner of
Holmvik Brygge, but he was a tradesman and architect. He built a lot of houses in Nyksund, so in his memory we named our building after him.

In the past the shop (today our creativ workshop)  sold fisherman equipments and necessaties.  On restoring the shop we did our best to keep it 's origina character, even it's paint colour. We only renewed the electric and plumbing installations. Today we use the shop as a creativ workshop were we try to finde new ways of reusing products.

We call Holmvik Brygge a live museum because of the possibility to be in a historical building surrounded by it's own original exhibits.


We're open all year around.

From the beginning of june through end of august we're in full operation of room accomodation and restaurant dinning.

During the rest of the year we're open for room rentals, while the restaurant serves meals upon requests.

Our guests are individual visitors, or tourist groups from tour operatoroperator

November, February and March are good months for watching the Northern lights.

August and september are good months for picking berries  and mushrooms.

During the summer months visitors come to Nyksund for sightseeing, going on Whale watching tours or hiking in the  surrounding mountains.

We run a coworking space beside main season. People comes from everywere to work "home-office away from home".

In 1885 the first residents began to build the church (Bedehus).(Bedehus).

In 1997 the restoration Holmvik Brygge was started; 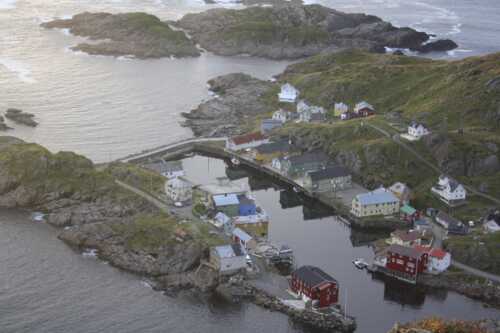